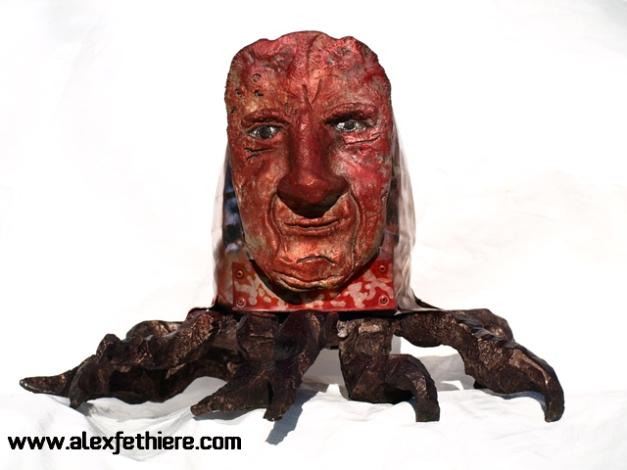 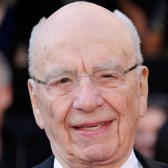 The phone hacking scandal of 2011 inspired MURDOCHTOPUS, but its 2012 birth coincided with revelations of News Corp. involvement in computer hacking, an FBI bribery investigation, the resulting depredations-defense legal fund nearing $1B USD…and Murdoch’s endorsement of Rick Santorum. Further, Murdoch recently tweeted his support for Scottish independence, possibly owing to the Murdochtopus’s striking resemblance to a bagpipes. 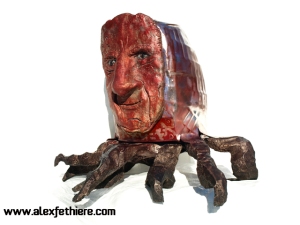 Fortunately the Murdochtopus is made of dyed, anodized aluminum, and therefore colorfast, weatherproof and a poor conductor of heat and electricity. As such it will doubtless survive its electrified kingdom crashing around it with such force that the rubble stops only at a sewer splashdown. Yet The Sun never sets on this empire, for its body is made from a streetlight reflector, disabled and torn as a refutation of the maxim: “sunlight is the best disinfectant.”

The lost foam-cast tentacles preserve the undulatory movements of the octopus, and the lost wax-cast face is that of the legendary mug at its most cheery and unflappable. As empires go, it’s a decent housepet—but you’ll never train it on newspaper.